If you haven’t worked with us yet and love culture in Darlington, get in touch

Darlington Hippodrome, formerly Darlington Civic Theatre, first opened its doors on Monday 2 September 1907 as the New Hippodrome & Palace of Varieties under the leadership of Signor Rino Pepi, an internationally renowned ‘protean’ or quick change artist.  It is a much-loved venue and the source of profound civic pride.  Darlington Hippodrome’s Director is on the Creative Darlington board and Creative Darlington has offered support to commission services to support audience development and to inform their business planning.  https://www.darlingtonhippodrome.co.uk/

Darlington Partnership allocated invaluable support and expertise to assist the transition of arts activity in Darlington following the closure of Darlington Arts Centre in 2012, and is represented on Creative Darlington’s board.  https://www.onedarlington.org.uk/our-projects/our-plan/   https://www.facebook.com/OneDarlington

Equal Arts mission is to improve the quality of people’s lives by helping older people participate in high quality arts activity.  Equal Arts have worked on various projects in Darlington and Creative Darlington has offered them our support to develop a creative ageing programme here.  www.equalarts.org.uk

Hilarity Bites Comedy Club started in Darlington in 2007 and brings the best of the UK and International comedy scene to venues throughout County Durham, Tyneside, Teesside and North Yorkshire.  Hilarity Bites produced over 13 hours’ worth of free comedy in Darlington Comedy Festival 2014 with support from Creative Darlington and we also helped in financing their festival marketing.  www.hilaritybites.co.uk/

Luxi is an independent produce-led company that exists to brighten lives through creative endeavour and stories. They produce multidisciplinary performances and projects and collaborate with artists who share their passions.  https://luxicreative.co.uk/com

The Middlesbrough Art Weekender (MAW) showcases a wide selection of international and local artists across multiple venues. With a strong DIY ethos, MAW works in collaboration with local artists, galleries and institutions as well as creating new cultural space in slack and empty spaces across Middlesbrough and beyond. Creative Darlington worked in collaboration with Middlesbrough Art Weekender in 2018 to commission artist Lydia Catterall to host an artist picnic in the town’s market, encouraging conversation, questioning and sharing as part of extended Art Weekender activity.   In 2019 we supported a MAW led residency programme with Lady Kitt at Darlington Library. www.middlesbroughartweekender.com

Formed in 2010 Navigator North exists to initiate, facilitate and promote opportunities for visual artists and to further their creative practice.  They initiate activities to raise the public awareness of artists, artworks and creative practice, stimulating dialogue, interaction and engagement between artists and the public. Creative Darlington worked with Navigator North in developing or promoting a number of events in Darlington, including their first Trash & Treasure event and fantastic activity within their Art Space working with Salford Zine Library http://navigatornorth.co.uk/

ODDMANOUT formed in 2007 to perform at the Edinburgh Fringe festival and has continued to produce work and toured productions since then.  They aim to support new writing and make theatre that promises to ‘challenge and surprise’.  The company has a core artistic team of Katy Weir and Scott Young (a Darlington resident) and also has a growing collective of artists and theatre makers with whom they work.  Creative Darlington supported ODDMANOUT in developing and touring new work and leading participatory workshops in Darlington and has also allocated time limited support to their organisational development.  In 2020 they successfully led the It’s All Happening Here! programme in Darlington with our support.

Creative Darlington allocated financial support to develop Theatre Hullabaloo’s successful application to Arts Council England’s strategic large-scale capital programme, which secured an offer of £1.5 million, which with support from Darlington Borough Council and other funders supported the creation of The Hullabaloo, which opened in December 2017, new theatre space developing work for children and young people in Darlington. www.theatrehullabaloo.org.uk

The Forum Music Centre is owned and managed by Humantics CIC, a Social Enterprise registered as a Community Interest Company.  The Forum Music Centre houses a broad programme of arts and entertainment, events and training, including a number of groups and activities which relocated there following the closure of Darlington Arts Centre.   They offer rehearsal, recording, performance and social spaces, programming capacity and a range of technical support.

Creative Darlington has worked with Queen Elizabeth Sixth Form College art and design courses on a number of programmes in recent years.  Students contributed to the Collections project with artist Sara Cooper through activity at the Head of Steam Railway Museum.  Two exhibitions of student work have been shared at the gallery in Crown Street library. 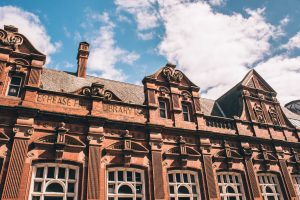 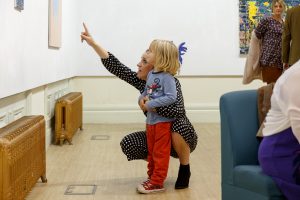 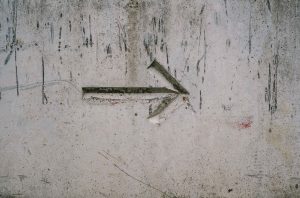